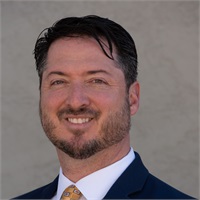 Jason Bezou, Founder and President of Bezou Financial Planning Group
Jason is a Certified Financial Planner (CFP) and Accredited Asset Management Specialist (AAMS). He is one of just 33 advisors in the United States handpicked by Capital One Investing and Woodbury Financial to help ensure that former Capital One clients continue to move toward their financial goals. Those loyal clients enabled Jason to start Bezou Financial Planning Group, which utilizes all the tools, technology, regulation, oversight and resources of Woodbury Financial, Pershing LLC and Advisor Group. Jason will forever be grateful and dedicated to his clients, who made this outstanding opportunity possible.
In three out of the last five years with Capital One, Jason was the No. 1 advisor in the country in client assets invested. In 2016, he received the “Investing for Good” award given for outstanding service, client surveys and a demonstrated depth of financial planning. That honor was given to only two advisors in the history of Capital One Investing. By 2018, Jason and his team were managing nearly $400 million in client assets.
At Capital One, Jason was asked to mentor new advisors on best practices. He served on the National Advisory Board and was featured in national Capital One Investing commercials. While advising clients in northeast Louisiana, Jason became the only Financial Advisor ever to be named Area Bank President. Jason’s Monroe office was the fastest growing Capital One Investing business in the country, rapidly growing from a $50 million business to $157 million and moving northeast Louisiana from a ranking lower than 90th in the country to consistently ranking in the company’s top 10 regions.
While in Monroe, Jason and his wife, Sara, had three daughters, wrote a book and recorded a music CD, which they signed and sold at live concerts to raise money for disaster relief missions through SAVED, a nonprofit organization they founded. Also during his time in Monroe, Jason was appointed President of the Monroe Symphony and co-founded the North East Louisiana Young Professionals in 2011.
In 2014, Jason Bezou was named one of the top 20 young professionals under 40 in the Delta tri-state area by Delta Business Magazine.
That same year, Jason moved back to his home town of New Orleans.
Jason started his career in finance as a teller for Hibernia Bank in 1998 while still a college student. He earned his MBA in 2000 with a 4.0 GPA. As he worked full-time and sang professionally on weekends, he earned the highly selective UNO Excellence Award. In 2002, Jason joined Legg Mason (now Morgan Stanley) as a financial advisor and moved to Hibernia Investments in 2004, which later became Capital One Investments.
Jason lives in New Orleans with his wife, Sara, and their three daughters. In 2016, Jason underwent successful open-heart surgery for an aneurism. Click the link below to meet Jason’s family and watch a video and song Jason wrote and performed with his family to preserve memories for his wife and daughters and to let them know, in case he didn’t survive the surgery, that he had a great life and was “Smiling” because of their love. Jason fully recovered, with no need for ongoing monitoring or medicine.
https://www.youtube.com/watch?v=PNw6VfCnfyU